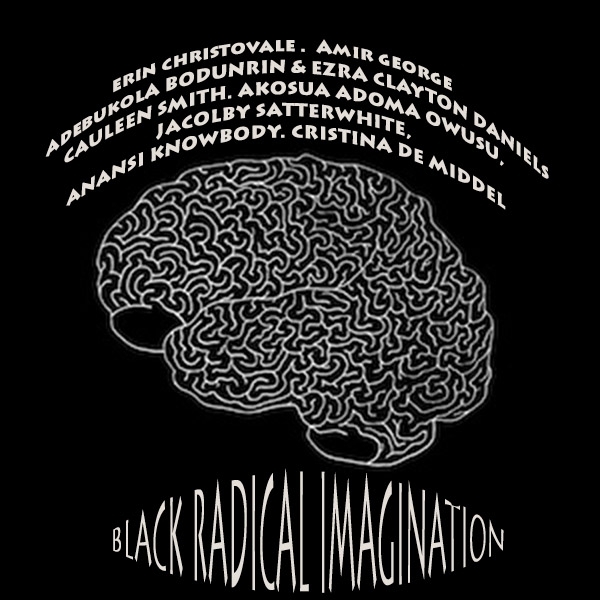 A film showcase programmed by Amir George and Erin Christovale

The notion of the Black Radical Imagination stemmed from a series of discussions around the boundaries and limitations that are historically given to people of color. Specifically, in the film industry these restrictions are often digested and kept to propel a vicious cycle of negative identification. Black Radical Imagination invokes a futurist aesthetic where artists identify themselves and reclaim their own unique stories. The visual pieces delve into the worlds of video art, experimental film, and narrative shorts. They also focus on access to new media such as animation and graphic design to highlight how these processes enhance our storytelling and the visual artistic practices underway in our communities. Each artist contributes their own vision of a free changing world in a post-modern society through focused observations that explore the state of black culture. The screening will include a roundabout dialogue with the audience members and featured filmmakers to further ponder and process the stories that are being presented. Furthermore, these conversations are set in place in order to shift the way in which our identity is defined on screen and how these stories affect our ever-changing global culture.

“Without new visions, we donʼt know what to build, only what to knock down. We not only end up confused, rudderless, and cynical, but we forget that making a revolution is not a series of clever maneuvers and tactics, but a process that can and must transform us” 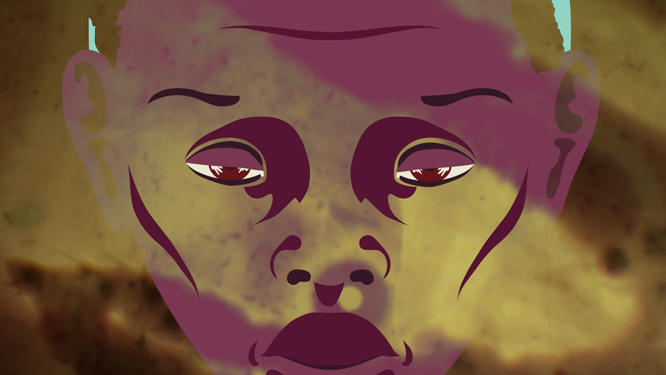 MAE’S JOURNAL by Amir George (12:20 min)
Mae’s Journal is a chronicle of the historic space mission of Mae Jemison in 1992. Through 6 fictional journal entries Mae’s journey is recreated through live action reenactments and actual footage of the STS-47 voyage.

SPLIT ENDS, I FEEL WONDERFUL by Akosua Adoma Owusu (5 min)
A woman attaches hair piece, black women in hair salons get their hair plaited; and a woman models on a yellow turban. Eccentric hairstyles reveal the roots of Afro hair in which activist, Angela Davis becomes involved. Manipulating and re-positioning found footage as subject matter, “Split Ends, I feel wonderful” observes the latest fad in hairstyles of the 1970s among African Americans in NYC. The film takes us to a time when Black is beautiful and a symbol of African pride.

REIFYING DESIRE 2 by Jacolby Satterwhite (8:30 min)
The latest installment in a six-part series, Reifying Desire 2 is a surrealist creation myth that stems from his ongoing collaboration with his mother. Satterwhite writes: “Reifying Desire 1–6 will use 230 3-D modeled versions of my motherʼs drawings, my body, and animated figures. The intersection of the disparate disciplines including dance performance, drawing, and digital media acts as an exquisite corpse strategy for guiding the storyline. 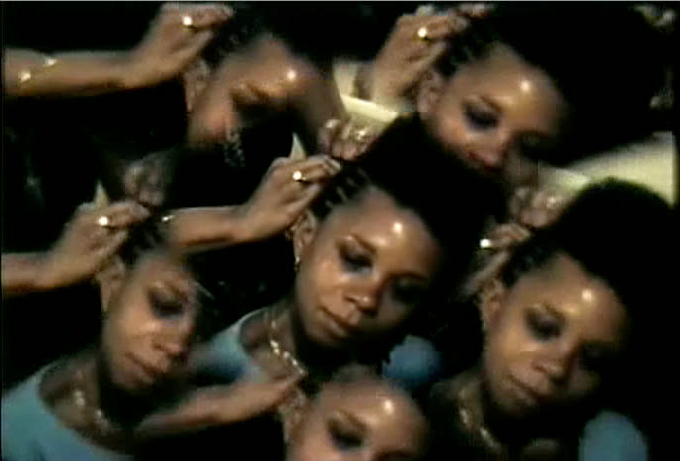 GOLDEN CHAIN by Adebukola Bodunrin & Ezra Clayton Daniels (6:10 min)The African Woman: mother of civilization, historically overlooked member of contemporary global society. She finds herself now in a distant, not-impossible future. A Nigerian space station in a remote nook of the solar system orbits a pinpoint of matter so dense it cannot exist on Earth. It is a recreation of the birth of the universe itself, contained for the purpose of study, and overseen by Yetunde, chief science engineer on the space station Eko. This animation is the story of an archetype come full circle. Blending afro-futurist motifs with hard science fiction, we create a world at once fantastical, yet entirely plausible, in order to ask the question: “Where will we go, given where we came from?”

THE CHANGING SAME by Cauleen Smith (9:24 min)
An Alien is sent to earth to investigate the “incubators.” She discovers that she is replacing a rogue agent and starts to questions her mission as relationships become intimate.

AFRONAUTS by Cristina De Middel (4:30 min)
In 1964, still living the dream of their recently gained independence, Zambia started a space program that would put the first African on the moon catching up the USA and the Soviet Union in the space race. Only a few optimists supported the project by Edward Makuka, the school teacher in charge of presenting the ambitious program and getting its necessary funding. But the financial aid never came, as the United Nations declined their support, and one of the astronauts, a 16 year old girl, got pregnant and had to quit.

QUIESCENCE INTERRUPTED…ADUMBRATE by Anansi Knowbody (6min)
The piece is an introduction… part of a work in progress. The staring character, Buddah is a regular guy with very irregular dreams or some might perceive as nightmares… The intent is to play on the ideas of distraction, disruption, fear, and premonition. The relativity of dream. The hope is to generate interest through technique and mystery.